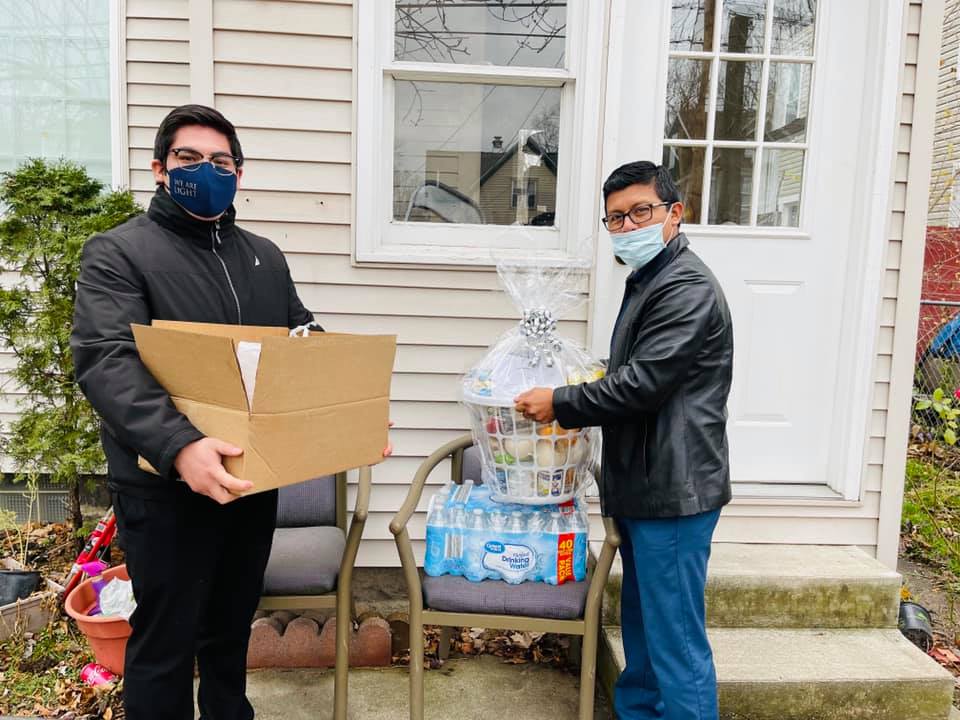 It had almost been two weeks since Omri Rufreres and his mother were placed under quarantine, when they heard an unexpected knock at the door. It had been a grueling two weeks of fevers, chills, and coughs, followed by constant losses of breath. Two weeks of not having any contact with the outside world felt isolating for Rufreres and his elderly mother. At that moment, his body felt tired. “I’m coming,” he yelled from inside his mud room. It had been a while since he had heard a knock at the door so his mind raced as to who it could be.

As soon as he was ready, he opened the door to a gush of cold air hitting his face.  He was expecting to see someone standing at the door, but instead on his porch sat a large basket of produce. “I was moved,” he recalled. “I felt so much happiness, I wanted to cry. I thanked them so much, I also remembered and thanked God for sending them to me, they had come from so far,” he says when he remembered that moment of charity.

It was a group of members of the Light of the World congregation in Flint, Michigan, who, upon hearing that Rufreres and his mother had been diagnosed with COVID-19, rushed to help. Rufreres mentioned his gratitude at this show of solidarity, eager to completely recover and also pay it forward with members of his community experiencing a similar circumstance. Sometimes, a knock at the door changes the world.

The Light of the World congregation in East Los Angeles was the host for a new COVID-19 vaccination site in order to raise awareness and encourage residents to sign up for their first dose.

Today, April 10, hundreds of Bostonians were vaccinated at The Light of the World congregation in Boston, MA.