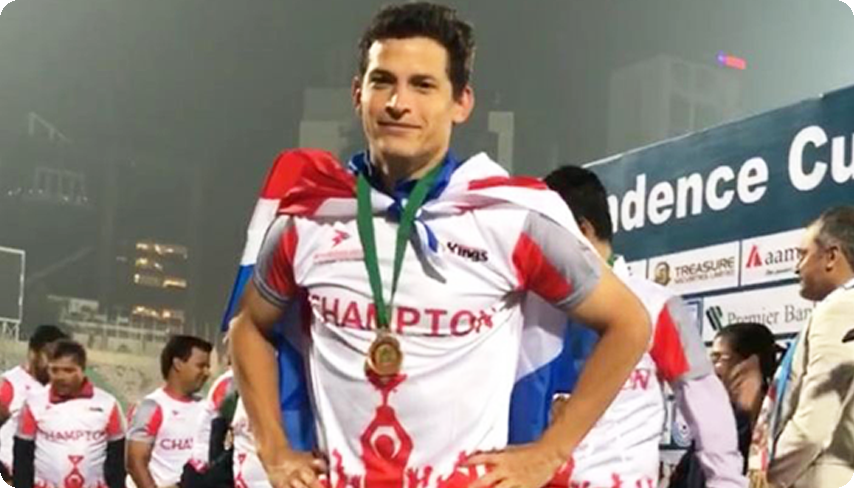 For Daniel Colindres, faith is the cornerstone of his success as a professional soccer player and Colindres found his faith at The Light of the World.

Colindres credits his faith for giving him the resilience and patience needed to pursue his professional aspirations. It is because of this determination, Colindres was able to successfully debut his soccer career at age 25.

“Faith and soccer converge into perseverance; sometimes we would like to have control over everything, but one must be prepared, disciplined, and wait on God,” said Colindres.

Despite the late start in the sport, Colindres quickly became known for being a great forward player and especially noted for his pace and playmaking ability. During his professional career, Colindres earned a number of distinctions, including: Best Goal of the Winter Championships in 2016, Most Valuable Player of the Federation Cup in 2019-2020, and selected nationally in Costa Rica to participate in the 2018 FIFA World Cup in Russia.

During his career in Bengali soccer, Colindres was inspired by his faith to use his resources to better the community around him. Motivated by the principles and values instilled in him by The Light of the World faith, Colindres started a campaign to benefit the children in Bangladesh.

“In Bangladesh, half the population lives in extreme poverty, and this unhappy reality is also reflected in the children. Many do not go to school because they must work to help around the house. They receive an average salary of two dollars a day for working between 64 and 100 hours per week,” said Colindres.

Because of this reality, Colindres started #ForBanglaKids, which not only spread awareness of the hardships of Bengali children living in poverty in Dhaka, the capital of Bangladesh, but also raised money to improve the lives of these children. Through this campaign, 120 children in Dhaka were provided with toys, food and a better infrastructure for their study center.

As for Colindres himself, he believes his steadfast trust in God continues to move him forward towards progress.

Colindres concludes: “Faith and perseverance give a positive outcome in the least expected moment, to reach the ultimate goal.”

Young Champions Share Their Passion for Cycling and God

Their father, who is a retired cyclist, instilled in them a love and passion for the sport, mainly for cycling.