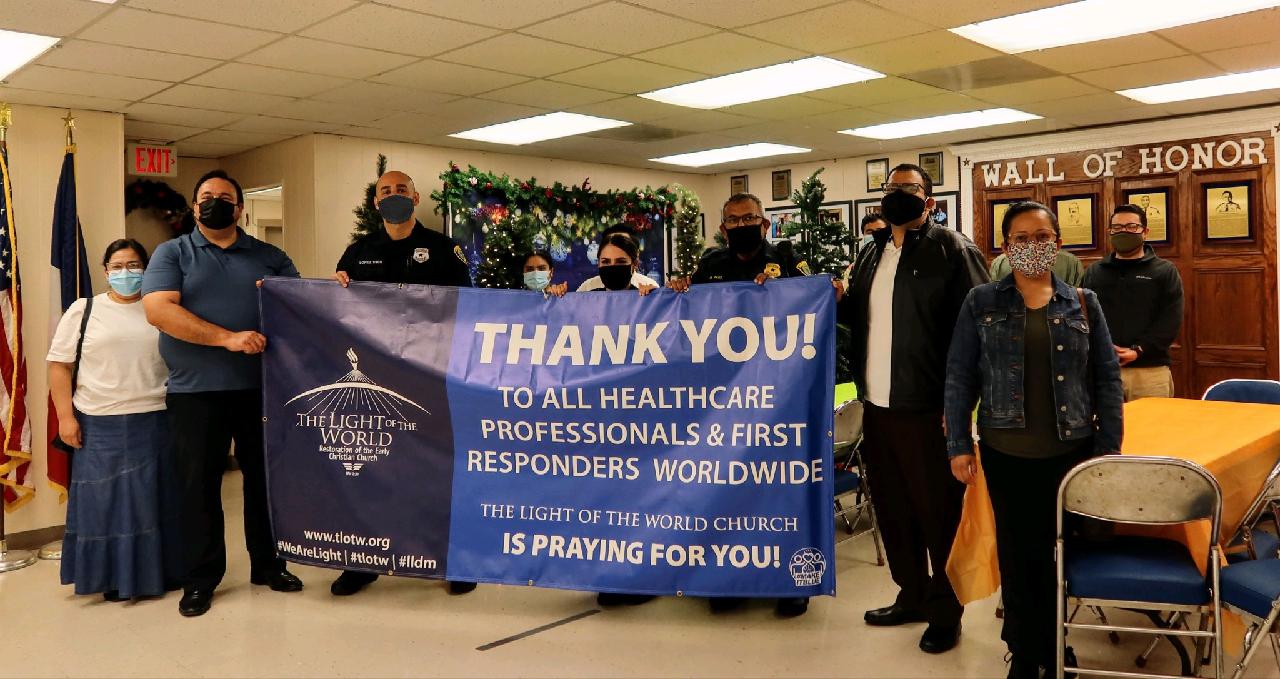 Health care workers, Nurses, Fire-fighters, First Responders, and Police Officers make valuable contributions in their communities.  Having been recipients of the service provided by these dedicated individuals, Joel German, member of the congregation in Houston, Texas coordinated a Thanksgiving meal as a small show of gratitude for all their hard work.

Of course, this year was a bit different; but, this was not going to stop German and his group of volunteers from putting together these meals.  This is not the first time that Houston congregation members have shown their appreciation for First Responders.  Last year, German also helped coordinate ‘Thank You’ meals for the Houston Police Department (HPD) and the Constables Prison 6 near the church of Houston Canal.

The First Responders were delighted and touched to see the community giving back to them. “Thanks to the Light of the World, their youth group, and Pastors for taking time from this Holiday of Thanks to bringing a Thanksgiving meal to Eastside officers. Thank you” stated Sergeant R Ruiz, 40 year veteran of the Houston Police Department, currently assigned to the Eastside Patrol Station.

Along with the meal provided, the members were able to offer a prayer for the First Responders during their visit.  “Public servants put their lives at risk every single day. Especially during this pandemic, they have been at the front lines doing their part to keep us safe. It was rewarding to give back and to see them smile” stated German.

On Sunday, May 2, 2021 at 10:00 a.m., The Light of the World congregation in Houston, Texas held an inauguration and temple dedication ceremony at the newly remodeled temple on Hage Street.

Love is Manifested by Aiding Those in Need

In April 2020, a group of members from the Light of the World congregation of Caribe in Cabo San Lucas provided free meals to needy families and individuals that had been affected by the economic crisis caused by the COVID-19 pandemic.